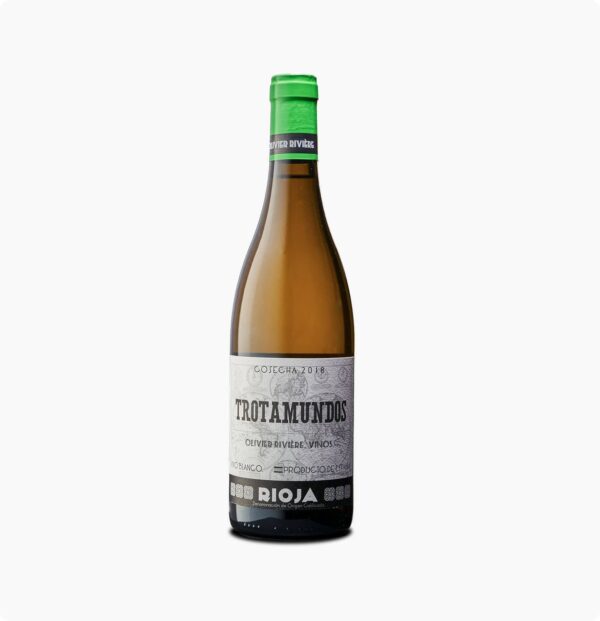 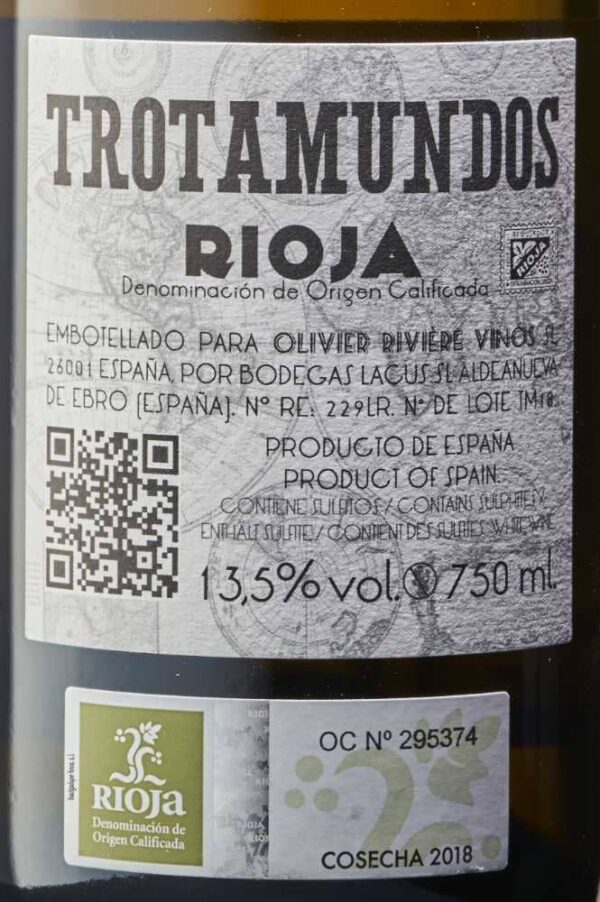 Trotamundos is a barrel-fermented white wine made by French winemaker Olivier Rivière, who has been living in La Rioja for several years. It is made from old grapevines, principally Garnacha Blanca.

It is yellow in color, clean and bright. It is fruity on the nose, with notes of ripe fruit, butter and pastry touches. On the palate, it is structured, full-bodied and well-balanced.

The recmmended serving temperature is between 9º and 12ºC.

Wine harvesting is carried out manually. Grapes are sellected in the vineyard and in the winery, where they are destemmed. Fermentation takes places in French oak vessels with native yeasts.  Once alcoholic fermentation is finished, the wine is transferred to already-used 500-liter French oak barrels, where it will sit for 18 months. Here is where malolactic fermentation also takes place.

Olivier Rivière is a French oenologist that studied in Bordeaux and has been living in La Rioja for some years now. He worked for 2 years with Telmo Rodríguez, one of the most internationally renown Spanish oenologists, with whom Rivière discovered La Rioja land and wines. Soon he saw that there were vast lands, vines and areas of La Rioja and Navarra yet to be discovered, and started his own wine-making project.

He does not have neither his own winery nor his own vineyars, which is usual in France but not in La Rioja, and bought his grapes in La Rioja Alavesa and Baja. Nowadays Oliviere Rivière is one of the leading wine producers of La Rioja.

Since 2015 he has been part of Rioja ‘n’ Roll, a  alternative movement fromed by a group of independent young producers that unite to advocate for the wine heritage of La Rioja through town wines, applying their own criteria.

Be the first to review “Trotamundos”Cancel Reply