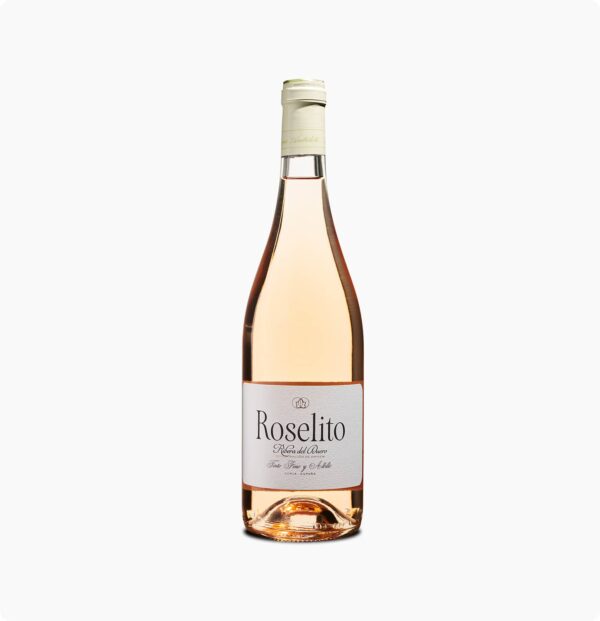 Roselito de Antídoto is a young rosé wine from old vineyards located around the town of San Esteban de Gormaz (Soria) at 900 metres above sea level. The varieties used are Tinto Fino and Albillo.

It has an onion skin colour. On the nose it has a complex and subtle aroma of flowers intermingled with vegetable fragrances. On the palate it is intense and finely balanced.

The serving temperature is between 10 and 12 ºC.

The vineyards of this winery are located in the Ribera del Duero area of Soria, at 950 metres above sea level. Most of the vineyards are organically farmed. The soils are 50% pebbly sands, 20% calcareous sands and 30% clays. It is an area with a microclimate within the continental climate of Ribera del Duero.

Bertrand Sourdais, former technical director of Dominio de Atauta for 10 years, currently manages Antídoto and Dominio de Es, as well as Domaine de Pallus, in Chinon (France), where he is from.

He was in charge of the vineyard of Château Nénin in Pomerol in 1999, vinified at Álvaro Palacios (Priorat) and Santa Rita (Chile) in 1998 and worked at Château Léoville Las Cases in 1997 and at Château Mouton Rothschild in 1996.

Antídoto is a young project that was born in 2010, but it was not until 2011 when it obtained its first Antídoto wine.

The winery is located in San Esteban de Gormaz (Soria), in the centre of a villages like Soto de San Esteban, MIño de San Esteban, Matanza, Villálvaro and Alcubilla del Maqués. In the South of Duero riber, on sandy soils with plenty of pebbles.

The wines come from old vines of Tinto Fino Tempranillo, all of which are grown under organic viticulture.