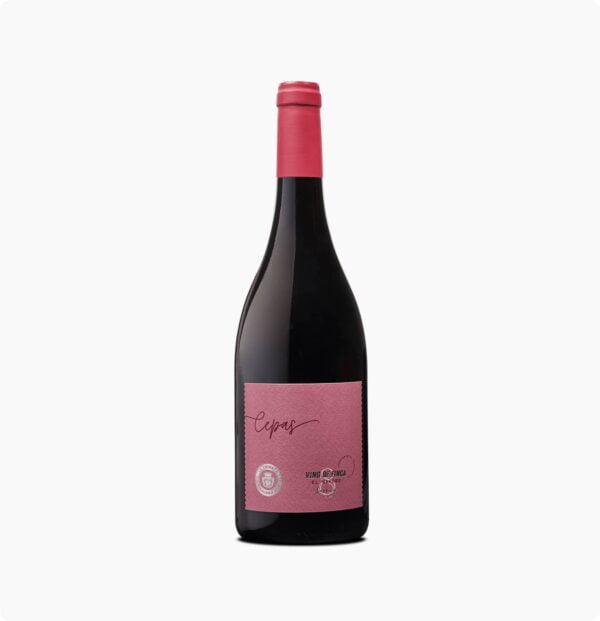 The Red Wine ‘Cepas’ from La Chinata is made with a selection of Tempranillo grapes from El Raposo area, which is 600 meters above sea level. This results in the production of fully ripe grapes, with good acidity and known for the healing properties of its waters and muds.

Thanks to their clay soils, water is well contained. Its sunny days and cool nights result in healthy harvests and grapes with a perfect phenolic ripeness.

Regarding its aroma, it reminds of black fruits with spice touches, as it ages seven months in French and American oak barrels. It also has liquorice, vanilla and roasted aromas, which are perfectly integrated with a balsamic touch.

On the palate, it tastes like a broad wine with volume, yet soft and elegant at the same time. It is a wine with a good journey and ageing potential. The recommended drinking temperature is between 16 and 18 degrees.

It is a wine that pairs very well with red meats, sausages, cured cheeses and stews.

Vineyards in the area of ​​El Raposo

The vineyard is located on a state in the area of ​​El Raposo, known since 1860 for the healing properties of its pond waters and muds, especially for pain and swelling.

Its healing properties were known in 1860 when the keeper of a state that belonged to the El Raposo Valley, a Spa today, realized that a little pig had disappeared, as it could not follow the herd he was taking care of because it had swallen joints which made all movement impossible. When the farmer went in its search, he found it lying in one of the pools that cross the valley,  covered in mud. The farmer thought it was dead but nothing could be further from the truth: he shook it and the little pig got up quickly and easily. Surprisingly the disease symptoms had disappeared.

Since then, word of mouth has done the rest and today it is a famous place where many people who want to prove the virtue of its waters, go in search of its healing properties, since they are considered an effective remedy for an endless number of conditions, especially inflammatory ones.